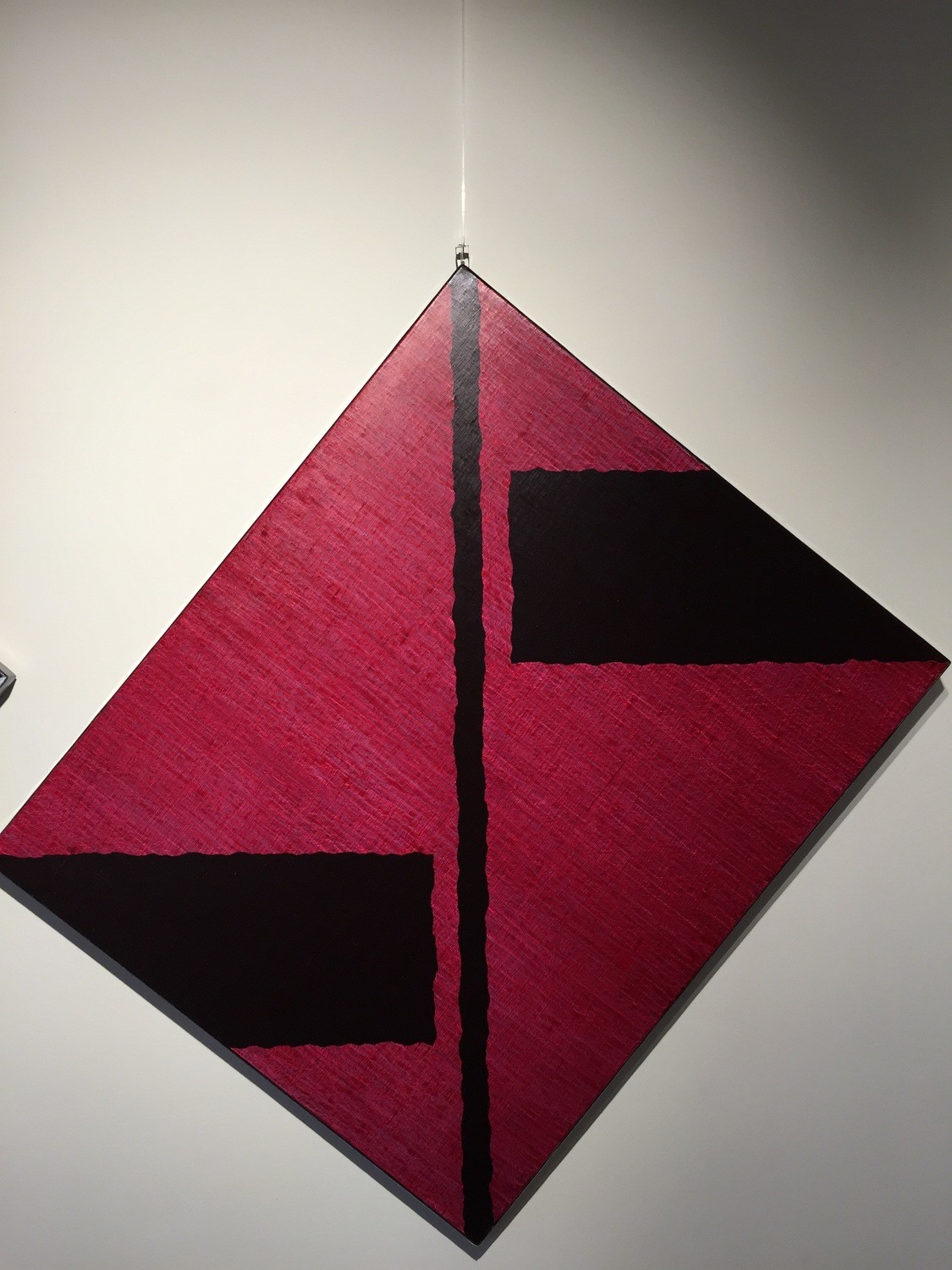 Masaaki Hasegawa was born in 1946 in Japan, where he worked as an architect until 2011.

Self-taught, he began to paint when he was 27 years old and he started to create works whose the main subject was Mount Fuji, fascinated by its beautiful colors.

The meticulous study of the "sense of color" has led him to experiment with the use of few colors, particularly green and black. So thanks to the oil painting technique, he obtains the effect of the Japanese lacquer, with simple forms.

After working as an architect for a long time in Japan, his native land, Masaaki Hasegawa, begins his artistic experience as an autodidact.

Fascinated by the striking beauty of Mount Fuji and under the spell of its colors, he elects it as protagonist of his early paintings. Thus he begins a passionate and meticulous study related to the color.

If the way is the chromatic expressionism, completely innovative and personal is the research carried on by the Japanese.

In fact the Hasegawa’s pictorial research, rather than explore the potentialities of different colors and dynamic interactions, is focused on the discovery and definition of the "sense of color": that is the power of colors to generate free association and creative processes stimulating the beholder’s sub-conscious.

Pursuing this objective, the artist chooses to use a limited range of colors and focusing each time on a single color, he combines and, at the same time, he opposes it with the black, expression par excellence of the total absence of every chromatism. Looking at Masaaki Hasegawa’s works we can easily notice a certain predilection for the green, the emblem of the close and intimate relationship that has always linked the man to Nature and to the surrounding environment.

This color namely, in its various and endless variations, expresses in some way the primitive condition of deep immersion of the human organism in Nature and in his "spiritual forces". A universe, therefore, observed and interpreted in the light of a “modus cogitandi” in which there isn’t a clear separation between the different spheres, but rather a continuous and fruitful exchange, a world that is, where opposites do not necessarily represent absolute and different experiences, but can be seen as the extreme points of the same reality.

This is the cultural background (foundation) from which arise Hesegawa’s works: in his paintings simple but elegant forms, defined and identified by sinuous and wavy lines, that continuously playing with opposition and complementarity, union and opposition, they don’t really arouse only incessant processes of creative germination.

In effect behind the vibrant network of fine lines, reminiscent of the meticulous care of the engraving technique, the ancestral memories of green, external perceptions, unconscious memories, interweave freely giving life to those "sweet harmonies" sought by the artist, paradoxically resulted and generated just by a dynamic balance of values and opposing forces.

In the bold synthesis of opposites carried out by Masaaki Hasegawa, therefore we can to discern, even after so many centuries, the echo of the words of Heraclitus, the ancient Greek and pre-Socratic philosopher, who argued that " the opposites tend to be reconciled with themselves and the most beautiful harmony is always born from things in contrast. "