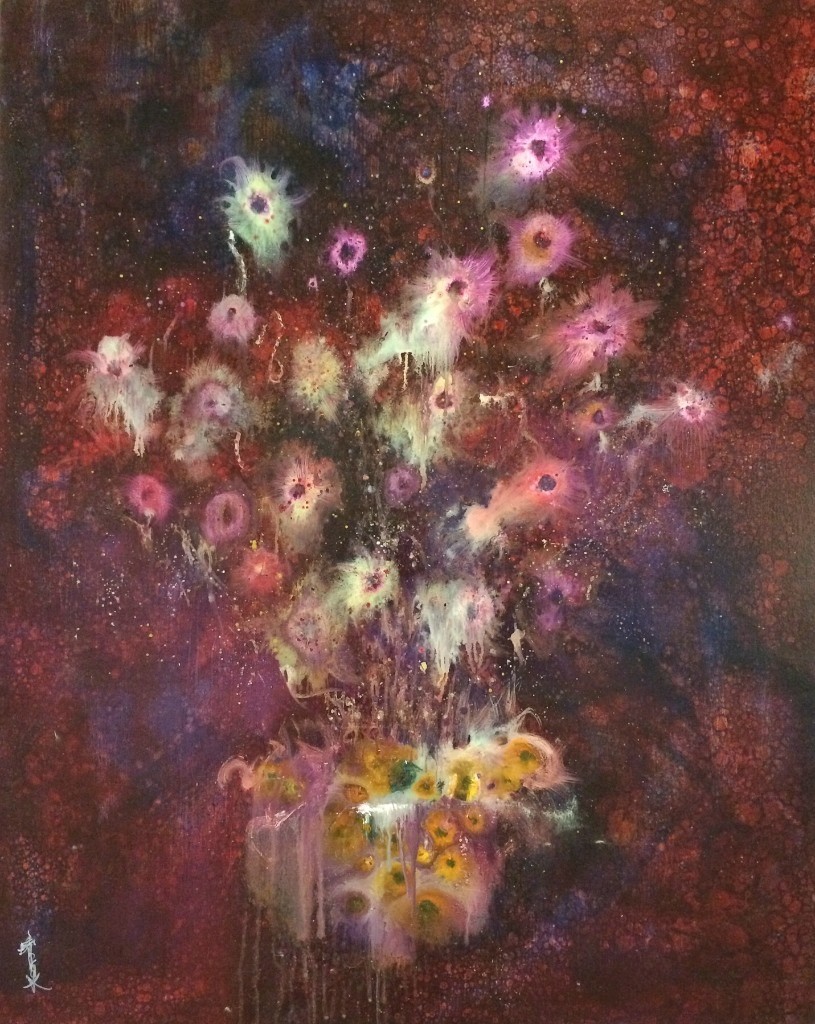 He once lived in Spain, Japan and other countries for inspiration and artistic creation.

He also uses his own innovative skills to make his paintings come alive by creating and constructing a unique that mixes East and West.

The circus series are the works exhibited in Tokyo, Japan.

Life is like a circus, and everyone must play a role well to keep a foothold in this society.

The truth is only known by ourselves, because we all live in the life circus by us.

The circus series satirize life, and the society.

Color is an important element to Yu Chuan's work.

He use both Chinese brush technique and Western oil colors to express freedom and life on canvas, Chinese painting techniques create a high degree of freedom with its of splashing ink and other brush strokes.

Uses of oil colors are used to inspire a sense of happiness in the observer. His choices of natural colors are meant to embody life itself.

Chuan believes that "Every color in life can be applied to painting".

Chinese mythology is another important element in Yu Chuan's artistry.

A choice of subjects like the dragon or phoenix is meant to draw the observer into an inner reality. Taking from Buddhist scripture, the artist believes, "a flower is a world, and a tree is the universe", and seeks to express this truth through his paintings.

Yu Chuan combines materials, methods and a deep life philosophy to create his own magic code of painting.

Chuan seeks to have his creations breathe through his use of brush technique and choices of color.

In addition his choice of sacred animals are meant to draw out the mystery, freedom and vitality of life itself.

His works have always been created with such a relationship between people and nature.

An artist creativity is driven by the spirit of freedom.

Yu Chuan's works presents a breakthrough in the limits of oil painting. He paints with a more rakish approach, inheriting the charm and ideas of Chinese painting.

He combines the color of Western painting with the artistic state of Chinese art.

Greatly praised by the art community, he creates an oil painting style belonging to the Orient.

2007 Stayed in Spain for artistic creation

Lives and works in Shanghai, China

THIS ARTWORK MUST BE SHIPPING ROLLED IN A TUBE